The story of the man who started Glencore Plc. (LON: GLEN) – and why he fled the United States (and needed and got a presidential pardon) – is a crazy one.

But it pales compared to the ongoing story of Glencore itself – how this Swiss firm grew from one of the most powerful private commodities companies in the world to one of the globe's most powerful publicly traded commodities companies… and how relentless growth in pursuit of staggering personal wealth drove Glencore's existence and global markets to the edge of an abyss.

It's a story I know well: As a trader, I followed the company closely for years. And I actually chronicled the Glencore saga for Forbes several years back.

So no one is better-positioned to bring this tale to you.

That's why you should listen when I say that if Glencore can't survive over the next few months, the company's collapse could splatter the markets in a manner that's every bit as gruesome as the Lehman Brothers collapse of 2008. 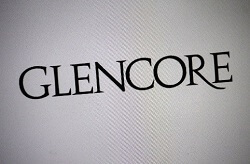 Then, I'll detail how the company could easily implode.

Finally, I'll let you know what to look for so you'll know Glencore's brakes have failed and it's heading over the cliff, taking global markets with it.

Plus, I'll show you some ways you can make some big money on this potentially horrific crash…

Everyone loves a good story, and the story of Glencore starts with Marc Rich (born Marcel David Reich), the most colorful, controversial, crooked, and fabulously wealthy commodities trader the world has ever known.

In the winter of 1974, Rich jetted to the Swiss Alps – not to ski, but to "accidentally" bump into the CEO of Philipp Brothers, at that time the world's biggest commodities-trading house.

Rich was an oil trader with Philipp. And he was determined to get a huge bonus for the extraordinarily profitable trading he engaged in on behalf of the company. After bumping into his boss on the slopes – and feigning surprise at the "chance" meeting – Rich boldly asked for a $1 million bonus.

Retorted his boss: "Phillipp Brothers has never paid a million dollar bonus to anyone – and never will."

Rich found the nearest telephone and put a call through to Pincus "Pinky" Green – his right-hand man at Philipp's New York offices.

"Take everything out of the office now," Rich told Green.

Marc Rich + Co. – later Marc Rich AG – was launched the very next day. Rich had one goal: to crush his former employer – and former boss.

As you'll see, Rich succeeded – by founding the most powerful privately held commodities trading house in the world.

Ironically, Andrew J. Hall, the head of Citi's Phibro unit, demanded a $100 million bonus from his bosses in 2009 for the division's contribution of $2 billion to Citi's pretax revenue. He didn't get it.