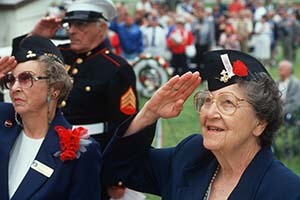 For the third time in five years, there will be no Social Security benefits increase for the next fiscal year.

This lack of increase is almost unprecedented. In the 40 years since the price measure formula was adopted in 1975, an annual cost-of-living adjustment happened every fiscal year except for in 2010, 2011, and now, fiscal year 2016.

How Social Security Benefits Are Tied to Oil Prices

Oil has fallen because, plain and simple, there's just too much of it. U.S. oil production has surged, and OPEC continues to pump record amounts.

Gas prices help to put plunging oil prices into perspective. As of Oct. 14, a gallon of regular gas costs $2.30 – about $0.90 less than this time last year, reported AAA. Dean Baker, co-founder of the Center for Economic and Policy Research, told WSJ that because of plunging oil prices, there's no inflation happening.

Meanwhile, the amount of money that Social Security allocates as payout is adjusted annually to account for the rate of inflation. This is known as the cost-of-living adjustment, or COLA. The COLA is set every October based on the September inflation report.

Social Security beneficiaries aren't the only ones affected by the COLA. According to the The Associated Press on Oct. l5, the adjustment also affects the benefits of:

For the 12 months that ended in September 2015, the inflation measure used by the Social Security Administration was down 0.6%, reported CNN Money on Oct. 15. (Gas prices dropped almost 30% in the same period.)

Still, it was something.

But if oil prices don't increase at all, then Social Security benefits stay flat. And over the past 12 months, oil prices have done the complete opposite of increasing. "The inflation measure used by the Social Security Administration was down 0.3% for the 12 months that ended in August, largely due to a 23% drop in gas prices," CNN Money explained.

Hang Ten! The Goldman Sachs financial crisis "third wave" is upon us. And they're calling it a "triple whammy" because it comes with three distinct characterizations. These characterizations are important to pay attention to because they affect nearly everyone and everything around us…

besides oil price the are many other products & services that went up like crazy,so I wonder why as administration take only gasoline prices for considerations

concerned about five years after I stopped working no increase