For Oct. 16, 2015, here's your top stock market news and stocks to watch based on today's market moves… 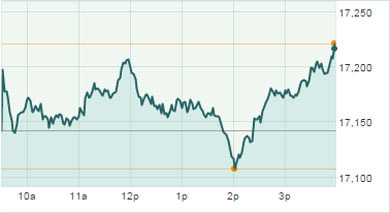 The S&P 500 Volatility Index (VIX), the market's fear gauge, slumped a little more than 4% on the day.