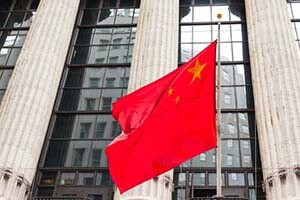 Futures for the Dow Jones Industrial Average today (Monday, Oct. 19) were down 57 points as investors keep an eye on China and a busy week of earnings reports. Early this morning, China reported an annualized GDP of 6.9%, a little ahead of consensus expectations. In addition, the National Bureau of Statistics of China reported that year-over-year industrial production grew by 5.7%, just below forecasts. It was the first time that China's growth rate fell below 7% since the financial crisis.

2921 Reads
The Two Best Penny Stocks to Buy This Week Offer 150% Upside
Here are two of the best penny stocks to buy right now, and the strategies I used to find them. This could be up to 154% potential gain for today's investor...