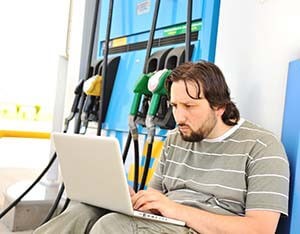 The effects of oil prices are more far-reaching than what is immediately visible. Petroleum permeates nearly every corner of our economy.

In fact, just last week, the federal government revealed that social security benefits will remain stagnant in fiscal 2016 because inflation - the deciding factor on whether to up benefits - was weighed down by low oil prices.

That's the tip of the iceberg.

Here are five other, less-considered ways the price of oil impacts our daily lives...

Oil Prices Impact No. 1: Plastic is a carbon-based polymer compound that's an essential part of everyday life. Literally, it's everywhere. Thousands upon thousands of items are stored or packaged in plastic. Because of its inert nature, plastic can be used for these purposes without fear of chemical interaction with the contents.

When oil prices fall, plastic companies experience an uptick in sales. This has to do with customer-level disposable income. Cheaper gas prices mean more pocket money.

Furthermore, companies engaged in plastics are among the biggest beneficiaries of falling crude prices, being derivatives of crude oil polymers, reported Zacks on Dec. 19, 2014. Approximately 5% of the worldwide oil production is used to make plastics, so the cheaper the oil, the cheaper the plastic production.

Oil Prices Impact No. 2: Petroleum-based lubricants such as transmission fluid, grease, and motor oil are what make your automobile function properly. High gas prices mean that these materials cost more to produce. One barrel of crude oil contains .09% oil used for lubricants.

The effect of oil prices on this subindustry was seen on April 20, 2012. That's when Chevron Corp. (NYSE: CVX) announced it would raise the price of its lubricating oils by 3% to 6% because of the continuing rise in base oil and additive costs - all driven by the rise in oil prices.

Oil Prices Impact No. 3: Low oil prices affect the banking system as a whole. They tend to cause debt defaults that have wide-ranging consequences. For example, in December 2014, the value of Venezuelan bonds fell below $0.40 on the dollar because of the high default risk with low oil prices, reported Bloomberg on Dec. 15, 2014.

Additionally, it becomes much more difficult for shale drillers to pay back the loans they have taken out when oil drops. Cash flow lightens and interest rates on new loans shoot up. The huge amount of debt that shale drillers take on suddenly becomes at-risk.

And energy debt currently accounts for 16% of the U.S. junk bond market, so the amount of risk is substantial.

Oil Prices Impact No. 4: Petroleum is used in many medical products: heart valves, artificial limbs, stethoscopes, syringes, hearing aids, vaporizers, anesthetics, antiseptics, operating gloves, and equipment tubing, to name a few. When oil prices rise, so too do the costs of these medical devices...

In 2010 alone, 3.4 billion pounds of plastics were used in the healthcare industry, meaning that an oil shortage would hit doctors and patients alike very hard, both in terms of supply shortage and supply inflation.

Oil Prices Impact No. 5: Aside from prices at the pump, oil prices also have an indirect impact on transportation. When an airline pays more for jet fuel, that cost may be passed on to consumers in the form of higher ticket prices or fuel surcharges. When the trains and trucks that deliver food to the supermarket pay more for diesel fuel, the added cost shows up during checkout when you pay for your groceries.

Maybe someone should point out to the authors that most plastics are made from natural gas and natural gas liquids; not crude oil.

Hmmmm. Then why do prices of products not go down when the cost of oil goes down? When prices go up they seldom come back down.

We've been through this before in Jimmy Carter's "moral equivalent of war" and Ted Kennedy's "oil windfall profits" in which we had to separate "new oil" from "old oil." Then we convinced the Saudis that U. S. technology could endanger their livelihood so they had better "freeze out" the competition. They cranked the valves open for decades of low prices until demand exceeded supply thereby providing renewed incentive for technology. The great game isn't over. U. S. should help it's oil producers more.

What is impact of cheap crude oil prices on petro-chemicals and solvents?