For Oct. 21, 2015, here's your stock market news and stocks to watch based on today's market moves… 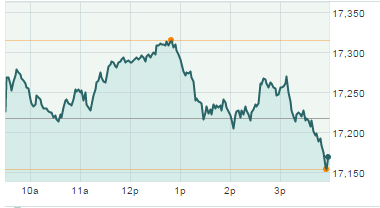 The Dow Jones Industrial Average today (Wednesday) slumped more than 48 points as energy stocks and healthcare stocks cratered. This afternoon, Democratic presidential candidate Hillary Clinton said she had serious concerns about the latest round of merger and acquisition activity in the sector. The news hammered shares of Aetna Inc. (NYSE: AET), Humana Inc. (NYSE: HUM), Anthem Inc. (NYSE: ANTM), and CIGNA Corp. (NYSE: CI). Meanwhile, the S&P 500 and Nasdaq fell thanks to a slump in biotech stocks and a big earnings miss from Yahoo! Inc. (Nasdaq: YHOO). Yahoo stock fell by more than 5% after the company missed profit and earnings estimates.