The Facebook stock price climbed 2% to hit a record high of $102.15 today (Friday) shortly after the opening bell. Its previous intraday high was $99.73, which the stock hit Thursday. 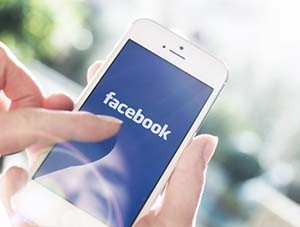 That has investors expecting a similar earnings beat from Facebook when the company reports on Tuesday, Nov. 4.

Consensus estimates are for Facebook earnings per share (EPS) of $0.52. That's up from EPS forecasts of $0.50 three months ago. It would also be almost 21% higher than last year's EPS figure.

But earnings aren't the only reason investors are bullish on the Facebook stock price.

The company continues to work toward improving its platform and expanding its reach. And Facebook continues to reach new milestones...

Why the Facebook Stock Price Continues to Surge (Nasdaq: FB)

As investors anxiously await Facebook's Q3 results, a number of analysts have hiked their Facebook stock price targets and ratings...