One Pharma Exec Is Fighting Back Against Shkreli

Mark L. Baum, the CEO of a pharmaceutical company called Imprimis Pharmaceuticals Inc. (Nasdaq: IMMY), announced Thursday his company would offer an alternative to Daraprim and the 5,550% price gouge that now comes with it.

The cost of the new alternative drug?

“While we respect Turing’s right to charge patients and insurance companies whatever it believes is appropriate, there may be more cost-effective compounded options for medications, such as Daraprim,” Baum said in a press release on Oct 22.

It should be noted that Imprimis’ alternative is not exactly like Daraprim. That’s because Imprimis is a compound pharmacy – a drug company that buys FDA-approved compounds with which they can then formulate into pills that can be customized to fit certain conditions.

Shkreli has not directly reacted to the news of Imprimis’ plans, which may be the only good move from the entrepreneur in terms of his image.

It all started back on Sept. 21, when the young biopharma exec purchased rights to the drug Daraprim. He then handily skyrocketed Daraprim's price from $13 to $750 per pill - overnight. The drug is used by patients undergoing HIV and AIDS treatments.

This week, Shkreli further honed his image as an out-of-touch bad boy...

Not only is he notorious for price-gouging, Shkreli also has a reputation for outbursts.

On Oct. 15, he admitted that he'd donated $2,700 to Democratic presidential hopeful Bernie Sanders' campaign at the end of September. He said the donation was in hopes he could score a one-on-one chat with the Vermont senator.

But a donation from Shkreli - the poster boy for drug company greed - was unwelcome news to Sanders. That's because Sanders is fervidly against everything drug companies stand for. In fact, he's set to introduce a new bill to beef up the government's ability to keep drug prices down, reported Sanders' website on Sept. 1. So, of course he doesn't want Shkreli's big pharma money.

Instead, he donated the $2,700 to a Washington, D.C. homeless shelter. The politician also denied Pharma Bro that one-on-one chat.

And then this happened: 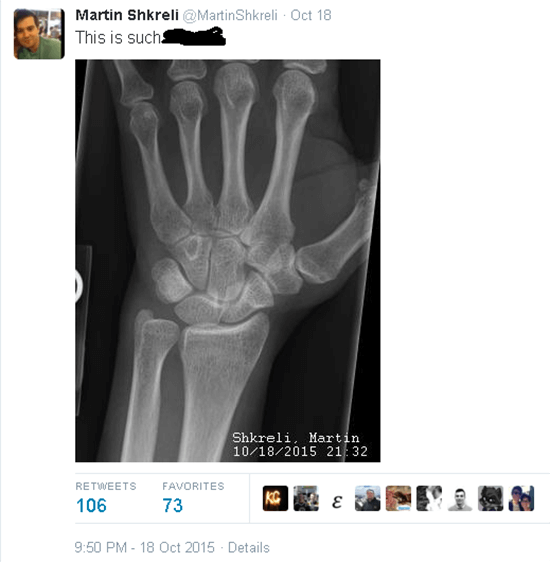 The Hillary Clinton Benghazi Probe: Democratic Presidential front-runner and former Secretary of State Hillary Clinton sparred with Republican members of the House Select Committee for several hours starting the morning of Oct. 22, 2015. Here are the three toughest questions the former secretary of state had to face...