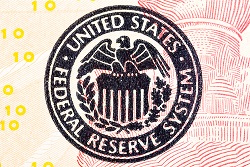 Futures for the Dow Jones Industrial Average today were down 20 points as investors prepare for a very busy week of economic data and a critical meeting of the U.S. central bank.

This morning, new home sales will be in focus as the housing market attempts to maintain its positive momentum. The home sales report comes a day ahead of the U.S. Federal Reserve's seventh monetary policy meeting of 2015. The Fed Open Market Committee is unlikely to raise interest rates in October, but it could change language on its statement regarding monetary policy.