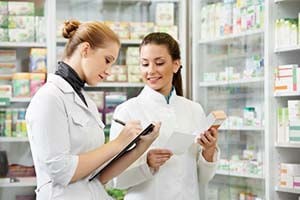 Valeant Pharmaceuticals International Inc. (NYSE: VRX) stock saw a major pullback from investors in October because Valeant is under federal investigation and accusations of fraud were recently brought forward from a short seller.

With the questionable business practices and VRX stock plummeting, many investors are drawing comparisons between Valeant and another mismanaged company…

Is Valeant Pharmaceuticals the New Enron?

Valeant is being compared to Enron because of Enron’s deceptive financial accounting and criminal practices.

As Money Morning previously reported on Oct. 15, Valeant is under federal investigation in Massachusetts and New York for its drug-pricing practices.

Then short seller Citron Research accused Valeant of fraud in a report released Oct. 21. In the report, Citron accused Valeant of using Philidor Rx Services to create phantom sales by storing inventory and recording it as transactions.

In the case of Enron, former Enron Chief Financial Officer Andrew Fastow specifically directed his team to create off-book companies. These entities were created to hide company losses as well as to make the company seem more profitable and mislead investors.

Under Fastow, the accounting department treated anticipated future profits as current deals in their financial filings.

On Oct. 4, our Global Credit Strategist Michael Lewitt called Valeant a “deeply troubled company.” He covered the massive decline in the stock in early October.

“Wave after wave of bad news – now including allegations of outright criminal behavior – brought the shares down 40% in one morning, from $148 to below $89 yesterday,” Lewitt told Money Morning readers. “The shares eventually rebounded to $118, but not for any good reason.”

Lewitt expects the troubled VRX stock to fall a lot farther before it craters.