Twitter earnings for Q3 2015 will be announced after the bell today (Tuesday).

According to The Wall Street Journal, analysts surveyed by Thomson Reuters expect Twitter Inc. (NYSE: TWTR) to announce $559.6 million in revenue, a 35.43% increase from Q3 2014 revenue of $361.3 million. 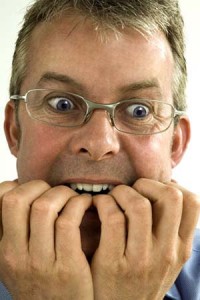 While earnings are important, the Twitter stock investors want to see an increase in monthly active users (MAUs) - this is Twitter's lifeblood for advertising revenue. You see, Twitter's MAU growth is crucial for the company to appeal to advertisers.

Twitter's Q2 earnings reported that mobile revenue accounted for 88% of total revenue. If Twitter wants to increase profitability in mobile revenue, it simply needs to have more users for advertisers to target.

Morgan Stanley (NYSE: MS) estimated that it costs 13% more for Twitter to reach users than it does Facebook Inc. (Nasdaq: FB), according to Business Insider.

Part of new Twitter Chief Executive Officer Jack Dorsey's platform to attract more MAUs is to make Twitter easier to use. He eliminated the 140-charcter count restrictions on direct messages, and Dorsey launched a live event feature known as Moments in early October.

Twitter's Q3 earnings will identify the current successes and failures of the company. But investors will have to look past Twitter earnings for Q3 2015 to project the profit potential of TWTR stock moving forward...

One chief concern of TWTR shareholders is if Twitter's new CEO can separate his role as Twitter CEO and Square Inc. CEO.

Dorsey originally lost his role as Twitter CEO in 2008 because of perceived commitment issues and lack of experience. New York Times reporter Nick Bilton shared in his 2014 book "Hatching Twitter: A True Story of Money, Power, Friendship and Betrayal" that Dorsey would leave the office early to attend drawing classes, fashion shows, and yoga sessions.

Dorsey has two real challenges for the rest of 2015: keeping the Twitter stock price above the initial public offering of $26 per share and preparing for the upcoming Square IPO.

There is a lot on Dorsey's plate, which is one reason Money Morning has warned investors to be cautious of TWTR stock.

Aside from Dorsey's capabilities, investors want to know how quickly Twitter can add more MAUs...