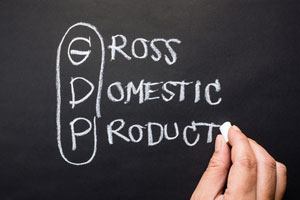 Futures for the Dow Jones Industrial Average today (Thursday) dipped 80 points after the U.S. Commerce Department reported a third-quarter GDP reading of 1.5% and on news a December rate hike was back on the table. Economists anticipated a Q3 GDP reading of 1.6%, suggesting a quarter-over-quarter decline for the country. Meanwhile, weekly jobless claims came in higher than the expected total of 265,608.

Yesterday, the Dow Jones Industrial Average gained 198 points as investors parsed through Wednesday's FOMC statement to gain insight on when the central bank might increase interest rates. The U.S. Federal Reserve left interest rates untouched during its seventh meeting this year, but left open the possibility that monetary policymakers may hike the benchmark rate in December.