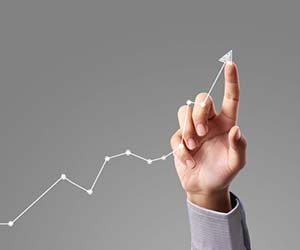 Dow futures were up 29 points as the markets prepare to conclude a busy week of earnings. Around the globe, the Bank of Japan became the latest central bank to hold steady on monetary policy and take a wait-and-see approach to the U.S. Federal Reserve's pending decision on whether it will raise rates in December.

On Thursday, DJIA dipped 23 points after a ho-hum Q3 GDP report and as markets priced in the possibility of an interest rate hike in December. Additionally, the U.S. Commerce Department reported a third-quarter GDP reading of 1.5%, below the 1.6% consensus predicted by economists. The paltry figure was a steep decline from the 3.9% gain reported in the second quarter.