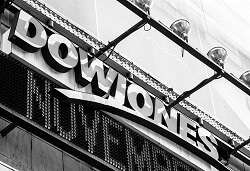 On Friday, the Dow dipped 92 points as traders reacted to mixed earnings reports. The S&P 500 climbed 8.3% in October, as markets largely pushed aside concerns about the global economy. Investors also remained optimistic the Fed won't hike rates in 2015 and reacted favorably to loose monetary policy from central banks around the globe.