When we talked last Wednesday, I told you about three tech leaders whose stocks are quickly rebounding - giving you three solid ways to profit following the market's recent retreat.

I also promised to reveal a fourth investment that could add to your net worth over the long haul. Today I'm going to make good on that promise.

This investment takes advantage of one of the biggest trends in tech right now - the rapid consolidation of the semiconductor industry.

But there's much more to this story than just dollar volume.

A very important facet of these deals has gone largely unnoticed.

Today I'll show you a great way to play this historic chip M&A boom using an investment you'll want to own for the long haul.

And I'll also tell what that "secret" detail is... 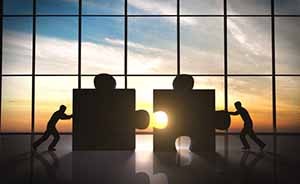 According to Dealogic, last year saw 369 M&A deals. This year, the number of transactions has dipped about 25% to 276.

While there are fewer deals this year, if you only focus on the raw number of deals, you'll miss the real story: the sheer size of many of this year's M&A deals.

In fact, what's going on is so profound that I believe that, for the semiconductor industry at least, 2015 will go down as "Year of the Mega-Merger."

And even those comparisons understate the true scale of things. Take a look at a sample of some recent M&A.

Around that same time, the industry saw the largest deal so far this year when Avago Technologies Ltd. (Nasdaq: AVGO) said it's buying rival Broadcom Corp. (Nasdaq: BRCM) in a deal valued at $37 billion in cash and stock.