For Nov. 3, 2015, here's the top stock market news and stocks to watch based on today's market moves… 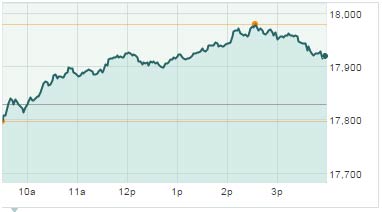 The Dow Jones Industrial Average today (Tuesday) added 89 points as energy stocks surged despite supply concerns around the globe. Energy stocks are now up 23% since August, but still remain down 10% year to date.

The Nasdaq continued to gather steam, adding 17 points as the exchange prepares for a busy day of earnings on Wednesday. The tech sector added roughly 0.5% after shares of Apple Inc. (Nasdaq: AAPL) and Microsoft Corp. (Nasdaq: MSFT) each rose more than 1.2%.