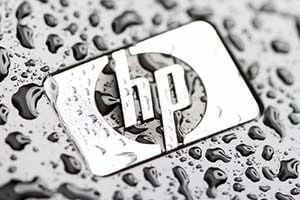 Now that Hewlett-Packard Co. has completed its company split, investors are asking what's next for the HP Inc. (NYSE: HPQ) stock price.

The first day stock moves were not surprising to company officials.

"I expected a lot of volatility in the next couple of weeks," CEO Meg Whitman, who pushed for the split, told Bloomberg. "Probably by the end of November, we'll have a pretty good read on, you know, what is the market assessing the value of each company."

Each spin-off is estimated to produce more than $50 billion in sales in 2016. Whitman said the new companies will be nimble, independent companies that can more easily pursue customers with increased innovation and focus.

And there are fresh signs the sputtering PC industry is stabilizing. HPQ was the No. 2 player in the space in Q3 with 18.5% of shipments. That was up from 17.8% a year earlier, Gartner Inc. data shows.

According to Gartner's 2015 personal technology survey, 50% of consumers expressed intention to purchase a PC in the next 12 months, compared with 21% for tablet purchase intention.

And that growth bodes well for the HPQ stock price...