The Wall Street Journal reported that Activision will pay $18 per share, a 13.6% premium from Monday’s closing price of $15.54. 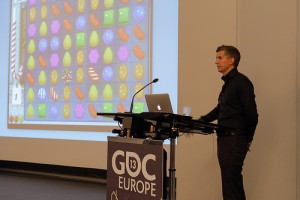 King Digital Entertainment Plc. (NYSE: KING) is best known as the maker of “Candy Crush” and its sequels to the popular series. “Candy Crush” is one of the top-grossing apps in Apple Inc.’s (Nasdaq: AAPL ) App Store, according to Market Watch.

Activision is best known for its “Call of Duty” series, which has generated over $10 billion in sales worldwide since 2003.

With the King Digital acquisition, Activision now has a foothold in mobile gaming, an industry projected to reach $45 billion in revenue by 2018, according to mobile advisement company Digi-Capital.

The King Digital stock news certainly was favorable today. But ATVI stock owners want to know if the performance history of KING stock will be an indication of Activision’s future success…

King Digital stock also faced wild swings after its earning statements. As Money Morning highlighted after 2014 Q2 earnings were released, the stock plummeted from its opening price of $18.94 before earnings on Aug. 11 to $13.94 on Aug. 14.

You see, King Digital has been viewed as a one-trick pony…