For Nov. 4, 2015, here's the top stock market news and stocks to watch based on today's market moves… 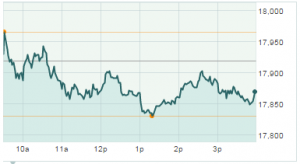 The Dow Jones Industrial Average today (Wednesday) slipped 50 points after U.S. Federal Reserve Chairwoman Janet Yellen hinted the possibility of an interest rate hike in December remained "live." Yellen cited improvements in the U.S. labor market and an expected return to the target inflation rate of 2%, according to her statement today. According to the CME Group's FedWatch, the odds of a rate hike jumped today from 52% to 58%.