I'm going to tell you.

That's right. I don't do this often, but today I'm going to show you how I'm going to trade it and why. You can follow along for free.

If I'm wrong, we lose a little money. As a professional trader and hedge fund manager for many, many years, I've put on lots of trades that didn't go my way. We'll plan to get out of the trade with a small loss and get back in the trade again or switch gears and go long.

Cheap Money Brought Markets All the Way Back 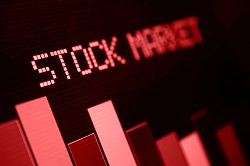 Markets have been riding zero-interest-rate policies and quantitative easing for years and are duly inflated. Everyone knows that.

What we don't know is how this game is going to end.

We don't know what the "free-market" level of stocks should be because free markets have been hijacked by central banks acting like central planners.

But that hasn't mattered because more and more QE and "stimulus" programs flooded market players with more and more liquidity, meaning more cheap money to play with.

We saw what happened back in the summer of 2013 with the "taper tantrum," when then U.S. Federal Reserve Chairman Ben Bernanke hinted the Fed was considering winding down asset purchases.

Lots of stuff happened between then and this past summer, but not a lot of it mattered. Markets kept being fed their baby formula and kept getting fatter.

That is, until this past August...

Stocks fell globally, and very quickly, because the Fed was talking about raising rates and all of a sudden China decided it would devalue its currency.

That caused a major panic on account of a rising dollar (if the Fed raises rates, the dollar should appreciate) in the face of a falling Chinese yuan would mean other emerging markets countries, to compete for exports with China, would have to depreciate their currencies or the markets would do it for them. The panic concerned how, with depreciating currencies, foreign borrowers would pay back U.S. dollar-denominated loans to the tune of almost $9 trillion.

It was a mess.