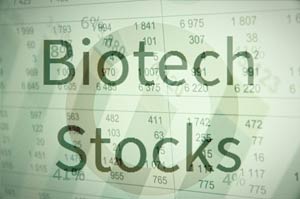 Dow futures were down 18 points ahead of this morning's report from the U.S. Labor Department on the October unemployment rate. Markets around the world were a bit skittish as uncertainty continues to revolve around the timing of the U.S. Federal Reserve's next possible rate hike. [Editor's Note: Here is our forecast for a Fed rate hike in December.] This morning, merger mania continued in the biotech and healthcare sectors. British biopharmaceutical giant AstraZeneca Plc. (NYSE ADR: AZN) announced plans to purchase U.S. biotech firm ZS Pharma Inc. (Nasdaq: ZSPH) for $2.7 billion.

On Thursday, the Dow was off four points as rate-increase chatter preluded Friday's jobs report. Markets were slightly weighed down by mixed earnings reports, including dismal quarterly figures from chipmaker Qualcomm Inc. (Nasdaq: QCOM). Meanwhile, the U.S. Department of Labor reported the number of Americans applying for unemployment benefits increased more than economists had anticipated.