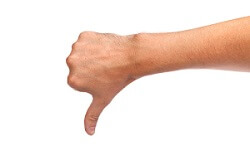 The story alleges Carson's campaign "admitted" to the publication he "fabricated" his scholarship to the U.S. Military Academy at West Point, which is detailed in his autobiography, "Gifted Hands." The story also suggests Carson lied about his "acceptance" into West Point.

But this Ben Carson Politico story is poor journalism.

Read the Carson campaign's response in full, which is detailed in the Politico piece - but, of course, is buried after the lead:

"Dr. Carson was the top ROTC student in the City of Detroit," campaign manager Barry Bennett wrote in an email to Politico. "In that role he was invited to meet General Westmoreland. He believes it was at a banquet. He can't remember with specificity their brief conversation but it centered around Dr. Carson's performance as ROTC City Executive Officer."
"He was introduced to folks from West Point by his ROTC Supervisors," Bennett added. "They told him they could help him get an appointment based on his grades and performance in ROTC. He considered it but in the end did not seek admission."

In response to the statement, Politico said: "When presented with these facts, Carson's campaign conceded the story was false."

That's quite a stretch...

Nowhere in this statement did Carson's campaign admit he fabricated his scholarship and acceptance into West Point.

Take a look at Carson's story about the scholarship from his memoir, "Gifted Hands":

"At the end of my twelfth grade I marched at the head of the Memorial Day parade. I felt so proud, my chest bursting with ribbons and braids of every kind. To make it more wonderful, we had important visitors that day. Two soldiers who had won the Congressional Medal of Honor in Viet Nam were present. More exciting to me, General William Westmoreland (very prominent in the Viet Nam war) attended with an impressive entourage. Afterward, Sgt. Hunt introduced me to General Westmoreland, and I had dinner with him and the Congressional Medal winners. Later I was offered a full scholarship to West Point. I didn't refuse the scholarship outright, but I let them know that a military career wasn't where I saw myself going."

According to his memoir, Carson was offered a "scholarship" to West Point, but he decided not to go. Also, it's important to note that West Point doesn't exactly offer scholarships. They give full rides to everyone who is accepted into the academy and agrees to serve in the military. That's exactly what Carson's campaign manager detailed in his email.

Carson, in all likelihood, was told that he wouldn't have to pay for his education and took that as seeming like a "full scholarship."

Tick, Tick, Tick: The Hillary Clinton email scandal could yet derail her campaign, which of late has looked virtually unstoppable. Since her strong performance in the Oct. 13 Democratic presidential debate, fate has smiled on the Clinton campaign. But that won't last forever...

Politics is a dirty and vicious animal. Dr. Carson has not been exposed to the viciousness yet and only simple questions have been posed to him. Since he has not been involved in politics , the only thing left to check on him is his employment and his personal life. He admits stabbing a relative at age 14, but yet refuses to give names in order for the media to check out his story. He may be 100% correct in his recollections and yet he may not be telling the entire story. Why not have the press talk to this person without exposing their name. The voters deserve to know everything possible about our future leaders. Dr. Carson seems to refuse to give names of anyone in his past, relying on the statement that he doesn't want them involved. Hello, this is politics and we need to know everything possible about him or anyone else running for office. Don't use part of a good thing and refuse to back it up. For all we know, he is hiding something that he doesn't want us to know. Hilary Clinton has been on the firing line for years, it is now time for the republican office seekers to have the same applied to them. We want the best person to hold office and only the facts matter. Prove your facts Dr. Carson.

Please stick to news about finances and leave politics to others, even rehashed "news".