Futures for the Dow Jones Industrial Average today (Monday) were off seven points this morning. Asian markets rallied today and extended gains. The Nikkei added nearly 2%, while the Shanghai Composite Index saw gains for more than 1.5%. Meanwhile, investors are keeping an eye on the Dubai Airshow, where firms like Boeing Co. (NYSE: BA) and Airbus Group (OTCMKTS: EADSY) will provide insight on the growth of the global airline industry in 2015.

On Friday, the Dow added 46 points as markets now anticipate the U.S. Federal Reserve will tighten monetary policy and raise rates next month for the first time since 2006. The odds of a December interest rate hike jumped to roughly 70%, according to CME FedWatch, after the U.S. Labor Department released a very strong employment report for the month of October. The U.S. unemployment rate fell to 5% for the first time since April 2008, and it represents the level at which the central bank considers "full employment." 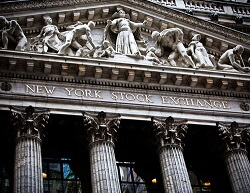