For Nov. 9, 2015, here's the top stock market news and stocks to watch based on today's market moves… 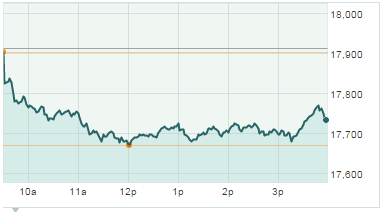 The Dow Jones Industrial Average today (Monday) fell 179 points, while the Nasdaq and S&P 500 were both off roughly 1% as well. The Dow officially ticked back down into negative territory for the year as new fears about an economic slowdown in China hit investors at the onset of the holiday shopping season. This morning, China reported a record surplus for trade and said both imports and exports were on the decline. Finally, traders weighed the news the Organization for Economic Co-Operation and Development (OCED) had again slashed its expected global growth forecast in 2015.