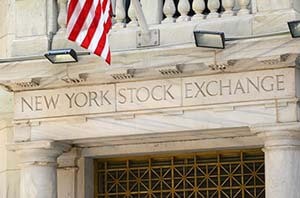 Futures for the Dow Jones Industrial Average today (Tuesday) were up 30 points this morning as traders prepared for a busy day of economic data. On the global front, Asian and European markets experienced jitters as expectations for a rate hike by the U.S. Federal Reserve have gripped the global markets.

On Monday, the S&P 500 had its worst one-day decline in six weeks, while the Dow Jones fell 179 points. The Dow ticked back down into negative territory for the year as new fears about an economic slowdown in China hit investors at the onset of the holiday shopping season. This morning, China reported a record surplus for trade and said both imports and exports were on the decline. Finally, traders weighed the news the Organization for Economic Co-Operation and Development (OCED) had again slashed its expected global growth forecast in 2015.