For Nov. 11, 2015, here's the top stock market news and stocks to watch based on today's market moves… 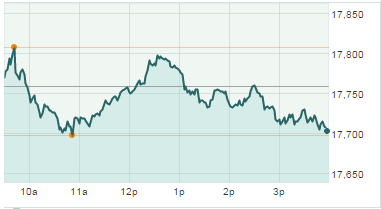 The Dow Jones Industrial Average today (Wednesday) dipped 55 points as investors kept a tight eye on shares of brick-and-mortar retailers after a terrible full-year earnings report from Macy's Inc. (NYSE: M). The markets were supported by gains from General Electric Co. (NYSE: GE) and Amazon.com Inc. (Nasdaq: AMZN), which both saw gains of more than 1.7%.