For Nov. 12, 2015, here's the top stock market news and stocks to watch based on today's market moves… 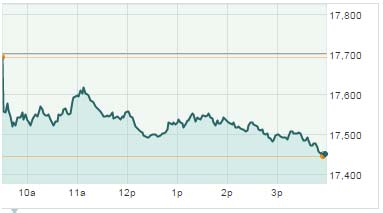 "We will increase interest rates tomorrow"!
The only problem with that statement……tomorrow never comes!
They can't raise rates without bursting bubbles, so this will never happen, but some people seem to believe it? I'd have thought they'd have realised long before now, that this fixed market is a busted flush, and found other ways of 'investing'! Failing that, keep hold until this scam is exposed fully!