Back in June, I told you that online dating is an incredibly powerful people-focused agent of change. Like Facebook, it's a "Social Disruptor" that's changing the way we live our lives even without a direct relation to cutting-edge technology or finance.

In fact, online dating is so powerful that I called it a "Disruptor of Disruptors," forcing change amongst those companies whose influence is upsetting an array of sectors, markets, and disciplines.

It's also a $2 billion industry.

That's why I predicted that Barry Diller's IAC/InterActiveCorp (Nasdaq: IACI) would spin out the Match Group of web-based dating services into an IPO.

Sure enough, next week is the Match.com IPO – shares will start trading on the Nasdaq under the symbol MTCH, and the company hopes to raise $433 million.

Maybe, but I've got a better way to play the company's IPO right now…

The Dating Business Is Booming 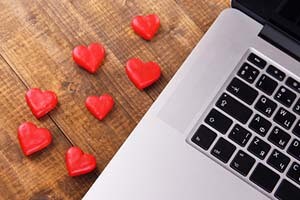 As you know, what thrills me about this "Social Disruptor" is the dating business. Match Group has a portfolio of 45 brands, including Match.com, Tinder, OKCupid, OurTime, BlackPeopleMeet, Meetic, and PlentyOfFish.

That's a lot of reach.

They're profitable, and they're growing their top and bottom lines.

In 2014, Match Group made $148.4 million on $888 million in revenue. They've increased revenue and net profits handsomely over the past three years.

But I'm just not sure the company won't have entanglements with its overlords at IAC (more on that in just a minute). I'm not sure their properties couldn't or wouldn't get hacked, or that some negative publicity from a hack (think AshleyMadison.com) wouldn't hit the stock hard.

My interest in the Match Group will be fairly high if the stock comes out on the lower end of its price range and doesn't get ahead of itself right out of the gate.

If the stock soars on its debut, and the market isn't marching higher to new highs, I definitely won't chase the stock.

But while I think the Match.com IPO is a smart move, there are a few issues that give me pause.

The Question of Independence Is Crucial

First of all, Match Group won't be completely independent.

InterActiveCorp will still own 86% of the new company after some 33.3 million shares are sold to the public. That number could rise to 38.3 million shares if underwriters pick up an additional 5 million shares, which they'll do if investors drive the stock price up.

Since IAC will own all the company's "B" shares, which have 10 votes per share, at the end of the day, they'll have 98% of all voting rights. So don't think that any outsider, any activist, any shareholder, or any executive is going to have a free run at the company.

MR.GINAI HAS ON THE NOSE THOUGHTS.HE SEEMS TO B LOOKING IN THE RIGHT CORNERS.