We have just come out of a period in which crude posted a modest recovery. Through close on Nov. 3, West Texas Intermediate (WTI) – the crude benchmark traded in New York – had improved to $47.90 a barrel, up 4.3% for the week. Dated Brent, the equivalent benchmark set in London, was at $50.52 – higher than at any point since Oct. 9.

The "culprit" was another anticipated rise in oil production, primarily in the United States. Despite weekly declines in the number of working rigs in the American market (now at the lowest levels in some six years) and, as I noted earlier this week, rising cuts in capital commitments for new projects, the market surplus in oil is once again rising.

Crude oil prices are languishing in the face of what is projected to be another build in U.S. production stockpiles.

Given all that has been said about an oil glut, why is oil production continuing?

Field Technology Has Advanced at a Rapid Pace 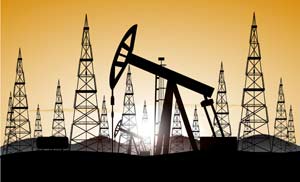 There are two overriding answers.

First, as the surfeit of shale and tight oil production hit the market a year ago, and continued thereafter, developments in field technology advanced even quicker. When oil prices were north of $80 a barrel, operational costs were of little consequence.

True, well efficiency was not something entirely discounted. But the profit margins were so large that companies could provide nice returns by running more or less traditional operations.

Remember (as I have observed in Oil & Energy Investor on a number of occasions), most companies were cash poor during much of the last decade, with a ready and affordable debt market only too eager to make up the working difference.

When prices began the downward spiral, however, and continued descending by some 60%, efficient field operations became essential. The more expensive new projects were mothballed, but new approaches to drilling, pad design, well completion, and workovers were introduced, declining wellhead costs.

Added to the technological improvements one could see on the surface, advancements in enhanced and secondary recovery techniques downhole brought more oil up from each well. The average production, coupled with a greater amount of known reserves becoming accessible, began to rise.

Now, in the case of unconventional (shale/tight), horizontal, deeper, fracked wells, the primary production would still come up in the first 18 months or so. Extraction would continue longer than that but at an increasingly reduced rate.

Some of these wells could experience a short-term improvement via water flooding, natural gas injection, chemical treatments, or other secondary/enhanced techniques. Yet as the market price declined, for larger projects these techniques became cost ineffective. Companies would cream the easiest production from first flow.

Nonetheless, the aggregate amount of oil coming up significantly expanded. The primary reason for the current consistent surplus arises from the introduction of more efficient field operations, allowing cash-strapped companies to continue production even as the wellhead price (the producer's revenue from the first exchange of oil, always lower than the resulting market price) went down.

abdelilahmorchidi
independent marketing executives
bradfordsvillekentucky ,ky 40009
USA
Thank you for all the encouraging details that give more for the future
dear money morning
The interest in Oil & Energy Investor
Important for the development of the matter the order of pacing, participation and progress and I am happy with all the advanced technologies that assist a strong integration of the future with all the following arrangements will be in the primary order of production in the world and with feeling and effort I wish you the most for their progress to the production of Oil & Energy Investor
sign abdelilah morchidi

So what would be a support level for Copper & oil that if it breaks it we should expect a stronger fall of the markets across the globe?

Suncor energy was bought by a chinese consortium a few years back, and so was the elder Shell refining facilities in Montreal, and pipeline 9B along the Saint-Lawrence shore is going to reverse the flow to get crude up to Sept-Iles, Quebec, where the chinese ULCC will come and pick it up. China's demands for crude has been going on an uproar recently, and is not about to go down. That's one factor that should be taken in consideration. So who gives an hootananny if the XL pipeline project was put on hold by the President ? The fact is that with crude at an all-time low, running the military operations costs less on fuel expenses. That's a plus for waging war on ISIS. And transportation of common goods will cost less, which should be reflected on the offer prices. To me, it's all good.

My brother recommended I might like this web site.
He was totally right. This publish actually made my day.

You can not consider just how a lot time I had spent for this information! Thank you!