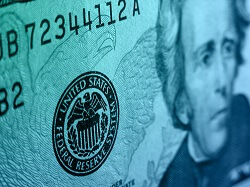 With a Fed rate hike on the table when the Federal Open Market Committee (FOMC) meets Dec. 15-16, Americans need to start thinking about how it will affect them.

When the U.S. Federal Reserve raises rates, its widespread impact may surprise some people since the last time we had a Fed rate hike was 2006.

A Fed interest rate hike will affect more than the markets. Just about every interest rate keys off the Fed rate in one way or another. That includes many interest rates that have an impact on consumers.

Here's what you can expect when the Fed raises rates.

How a Fed Rate Hike Will Hurt Consumers

But the news isn't all bad. Here are the ways consumers can benefit from a Federal Reserve interest rate hike...

The Fed will raise rates, it will have a negative impact on the economy but it provides the excuse the Fed needs to fire up the QE printing press and devalue the dollar, create inflation and monetize the national debt and inflate out of this mess.

The trick with future QE to create inflation is to get the money from the Fed into the economy rather than the US Treasury and banks.

Example banks never lowered credit card rates according to the Fed they have remained above 12.00% during "economic stimulus" 20 year average 14.22% see https://research.stlouisfed.org/fred2/graph/?graph_id=254581&updated=3738