In practice, the SEC proposes and enacts overly complicated rules with loopholes big enough to drive dump trucks through, then selectively enforces those rules and regulations. It fosters competition among exchanges and "dark pools" and lets their private operators manipulate customers.

But right now, the SEC has a big opportunity to level the playing field for investors like you. One firm has proposed a "tiny" solution to the huge problem that high-frequency trading (HFT) poses to individual investors, challenging the way every other stock exchange does business. 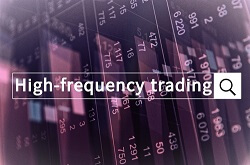 But Wall Street's heavy hitters - especially the "Flash Boys" - are lining up to voice their opposition, demanding that the SEC continue to allow them to profit by front-running millions of trades per day.

Will the SEC allow this company to revolutionize how stock exchanges are run... or will it once again side with the big banks, hedge funds, and HFT companies?

A New Exchange Could Be the SEC's Worst Nightmare

As if 11 SEC-regulated stock exchanges in the United States weren't enough (and that doesn't include dozens of privately run dark pools), yet another company has filed an application with the SEC for registration as a National Securities Exchange.

The company is Investors Exchange LLC (IEX)... and it's the SEC's worst nightmare.

That's because IEX is challenging the way the SEC has allowed every other stock exchange to conduct business.

Which is the wrong way (I'll tell you why) - but an incredibly profitable way for the exchanges, for discount brokerage houses, and for the mega-profitable HFT desks at big banks, hedge funds, and listed HFT companies.

(Yep, you got that right. High-frequency trading is so profitable that stand-alone HFT trading companies have listed their shares for trading on national exchanges. Kind of ironic.)

In the book, Brad Katsuyama, who founded IEX, is David going against the Goliaths of the HFT universe, all of whom have been coddled (I'm holding back the words I really want to use) by the SEC.

Katsuyama says HFT shops have an unfair advantage over everyone else because they have faster access to all related trading data.

IEX doesn't use high-speed access to trade on behalf of its customers or itself. In fact, its business model does the opposite - it actually slows down orders coming into the IEX platform, as well as the data going out.

By slowing down orders by 350 microseconds (a microsecond is one millionth of a second), IEX levels the playing field on its exchange platform so that super-fast HFT machines can't front-run everyone else's orders on its platform.

This causes a huge problem for HFT players, who are able to game the system because of their ability to read data and act on it faster than everyone else.

I read the book, Flash Boys. I would love to see the IEX application approved. I do not think the SEC will approve it. Big money and big money interests will trump that of the average investor.

RE: Shah Gilani, Thank you so much for all of your Emails. Your info is V.I.P.
to me. Pertaining to (Gold Bottoming), could you please send me any & all leveraged including 2X (ETF ticker symbols)???? Do you have any idea approximately when gold will be bottoming??? This really would be greatly appreciated more than you know.
Sincerely Yours, John R Stockhausen

Your article about lEX being "the one firm" trying to level the playing field in the speed races is factually inaccurate. The Chicago Stock Exchange'S SNAP auctions do just that for the execution of block size orders according to the Federal Reserve Bank of Chicago.

Yes , but it’s not used by mom and pop investors, it’s a block trading vehicle.