The Match.com stock price opened at $13.50 today (Thursday) in its trading debut. That means investors who got in on the IPO price of $12 received an immediate 11% gain.

More than 10 million shares traded hands by noon today. The MTCH stock price had a range of $12.63 to $14 in early trading.

Through the IPO, the company raised $396 million by selling 33 million shares. The company has a valuation of $2.9 billion. 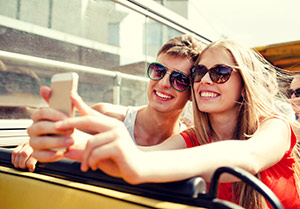 The Match Group Inc. (Nasdaq: MTCH) IPO was one of the most anticipated IPOs of 2015 because of the profitable online dating industry. According to Financial Times, the online dating industry is now worth roughly $2 billion. Match Group operates in large and niche markets alike, ranging from the 50-plus market with OurTime to the international market with the European dating site Meetic.

The Two Biggest Influences on the Match.com Stock Price

The first factor is Match.com establishing its independence from IAC/InterActiveCorp (Nasdaq: IACI).

You see, the Match Group acquired 25 different brands in the last six years. These acquisitions weren't cheap, costing IAC a total of $1.3 billion.

For investors, this means that Match Group won't be able to use its IPO revenue as working capital. And that could have a major impact on the Match.com stock price…

Even though MTCH is a spin-off, its former parent company still has a major hand in Match's operations. In fact, IAC will still own 86% of the new company after shares are sold to the public. That leaves IAC with 98% of all voting rights.

They are number one in selling memberships.