Obamacare facts: While the Affordable Care Act (ACA) has helped millions of low-income Americans get medical care, middle-class citizens who have signed up for Obamacare plans are getting crushed financially.

Many middle-class people who enrolled in an Obamacare plan have not only seen premium rates rise, but are getting stuck with steep deductibles. Despite having health insurance, these folks often find they can't afford treatment. 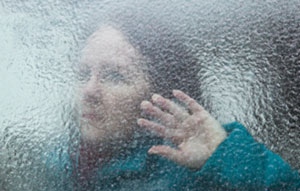 "The deductible, $3,000 a year, makes it impossible to actually go to the doctor," David R. Reines, a 60-year-old former hardware salesman from New Jersey, told The New York Times. "We have insurance, but can't afford to use it."

According to healthcare consumer group Families USA, close to 30% of people with high-deductible Obamacare plans said they went without needed medical care in 2014 because of the high cost.

High-deductible health insurance plans are nothing new. Before Obamacare, mostly healthy people bought them to protect themselves from the impact of a catastrophic illness. And the premiums were low.

But Obamacare has made high deductibles common on the majority of insurance plans offered through the exchanges. And they keep going up.

According to a Kaiser Family Foundation study, health insurance deductibles have grown six times faster than wages since 2010.

A high-deductible plan is one with a deductible of at least $1,300 per year for an individual or at least $2,600 a year for a family, according to the Internal Revenue Service (IRS).

That's a ton of money for the average cash-strapped American. One in four have no emergency savings, according to Bankrate.com. And a survey by the U.S. Federal Reserve in 2014 found that 47% of Americans, when faced with a $400 expense that needed to be paid immediately, would need to sell something or borrow the money.

It's no wonder that so many people are putting off needed medical care.

That was the intent. But here's what happened…