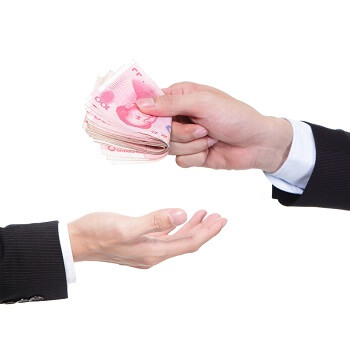 News of the bust comes as Beijing has been tightening capital controls in China. It wants to relieve downward pressure on the value of the renminbi and to stop money flooding out of the country.

Mainstream media outlets, of course, reported the entire incident as a sensational story of corruption in China.

But we've been covering China's problem with corruption for years – that's not news to Money Morning readers.

The Chinese Government Just Took a Huge Step Toward Legitimacy

"Corruption was practically a national sport until Beijing and President Xi Jinping, in particular, started to crack down on it," he explained.

What readers should pay attention to, Fitz-Gerald said, is how auspicious of a move this bust by Chinese authorities really is…

You see, the campaign against underground banks in China picked up steam following the Aug. 11 yuan devaluation and exchange rate reform. That was when the People's Bank of China allowed the yuan to depreciate against the U.S. dollar. This imposed depreciation devalued the currency by 1.9%. As a result, China's stock market crashed 8.49% on Aug. 24, now termed "Black Monday."

To try to stem the bleeding caused by the devaluation and subsequent crash, China's government stepped up its campaign to halt the illegal outflow of capital from the country.

This raid is proof their plan is working.

"As a long-term investor interested in China," Fitz-Gerald said, "this is exactly what I want to see happen. It's evidence that Beijing is working toward being more transparent. It's a step toward legitimacy."

He continued, "If you're an investor who owns companies like Nike, Apple, Starbucks, GE, or dozens of other American brands doing business there, it's something you're going to want to see, too."

China Just Opened Your Next Window of Opportunity: By scrapping its one-child rule, China's created a massive investment opportunity. This policy reversal will drive an historic shift in production and consumption that will double the size of China's economy by 2035. The time to act is now. Here's how to align your money for maximum profit…