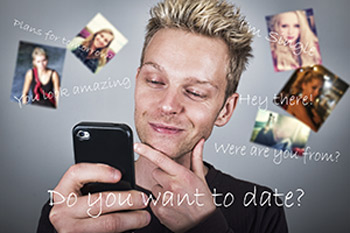 The Match IPO stock price was set at $12 on Wednesday, and MTCH stock opened at $13.50 yesterday. For investors who were able to buy the IPO price of $12, MTCH stock provided an 18.58% gain in its first day of trading.

More than 10 million shares were traded by noon yesterday, as the Match IPO was one of the most anticipated IPOs of 2015.

Match Group has a clear dominance in the online dating market, with 59 million active monthly users. The company serves large and niche markets alike. Its holdings include OurTime (the 50-plus dating market), Tinder (millennial dating), and Meetic (European dating market).

While these numbers might make MTCH stock look like a sound investment, there is really only one reason why the MTCH stock price today is climbing. And it's the biggest reason why you shouldn't rush out to buy MTCH stock…