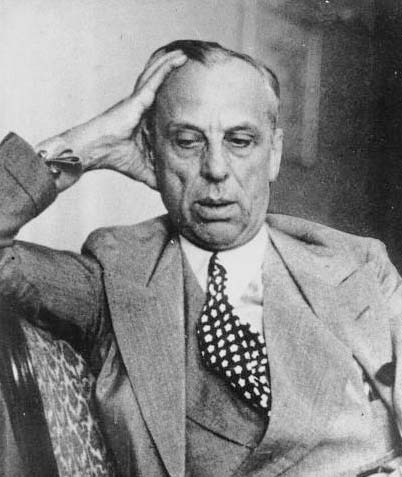 The electric streetcar did not die a natural death. It was callously murdered – by General Motors Co. (NYSE: GM).

According to the theory, the American streetcar system did not die out in the 1920s due to the automobile's rise in popularity; instead, it was systematically dismantled by GM. The company wanted to monopolize American surface transportation.

The mastermind behind GM's grand plan was then Vice President Alfred P. Sloan, Jr. – a business man lauded for his innovative corporate ideas at the time. He would eventually become GM's president. Not many people realized then – nor do they today – that some of Sloan's ideas often included bribery and terror.

Here's a look at how the General Motors streetcar conspiracy played out, thanks largely to Sloan's "power of persuasion"…

In 1921, GM lost a whopping $65 million in sales. Alfred Sloan concluded that the auto market was saturated and believed that those who desired – and, most importantly, could afford – a car already owned one.

So he shifted his gaze onto the American railway system – specifically, onto its demise…

You see, at the time, 90% of all trips were by rail (chiefly electric rail). There were 1,200 separate electric street and interurban railways, a thriving industry with 44,000 miles of track, 300,000 employees, 15 billion annual passengers, and $1 billion in income.

Sloan reasoned that, should the profitable national tram system go under, automobile sales would rise again.

Under the corporate banner, this "special unit" was responsible for threatening the heads of lucrative railway companies across the country. That included Southern Pacific, which owned Los Angeles' Pacific Electric – the world's largest interurban railway system with 1,500 miles of track. (Interesting side note: The gangster-lead bribery of LA's chief rail line was the overarching theme in the 1980's flick "Who Framed Roger Rabbit?")