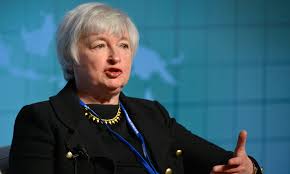 The letter urged Yellen to consider the "humble savers" with money in banks and money market accounts who were "frustrated by the Fed's low rates and melodramatic debate about when to move higher."

"We want to know why the Federal Reserve, funded and heavily run by the banks, is keeping interest rates so low that we receive virtually no income for our hard-earned savings while the Fed lets the big banks borrow money for virtually no interest. It doesn't seem fair to put the burden of your Federal Reserve's monetary policies on the backs of those Americans who are the least positioned to demand fair play."

The Fed has kept its target interest rate at zero since 2008. The central bank is presently mulling the first interest rate hike since 2006 when it concludes its Dec. 15-16 meeting.

Defending the Fed's stretch of historic low interest rates is something the Federal Open Market Committee (FOMC) has been asked to do myriad times over the last several years. But Nader's letter took a personal swipe at Yellen.

Nader's letter suggested that Yellen consult her economist husband about what to do on rates. Yellen is married to George Akerlof, the 2001 recipient of the Nobel Memorial Prize in Economic Sciences.

"Chairwoman Yellen, I think you should sit down with your Nobel Prize winning husband, economist George Akerlof, who is known to be consumer-sensitive. Together, figure out what to do for tens of millions of Americans who, with more interest income, could stimulate the economy by spending toward the necessities of life."

After the letter was released, a number of commentators called Nader's remarks sexist.

Yellen, meanwhile, moved to put Nader in his place.

It would take an Obamabot to spew such Lies!!!

Predictable response – same old rhetoric as for the last 8 years.

I am a 74 years old senior and yet I have my savings well diversified in high yield diversified stocks and thus I am earning 10-18% on my savings. If seniors are investing their savings to earn .25 % per year in a 2 year Certifucate of deposit, that is entirely their own fault and not Mrs. Yellen or the members of the Federal Reserve Board

As to the allegations that banks conspired and are favored by the Federal Reserve , I am reminding to Mr. Nader , that if our economy had failed for any reason to feel this relief from the Federal Reserve (thanks to the low rates provided by the banks) , then our economy would have continued steadily that 2008 recessionary decline trend which we all witnessed during the Bush Administration era of economic stagnation and when 650 thousand jobs were lost each month.

Conclusively, I would recommend to Mr. Nader to look first on the positive side of the coin, whenever he decides to opine about low interest rates. Thank you.