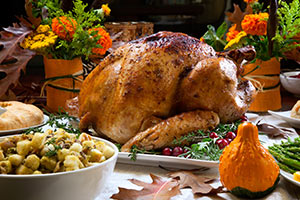 Futures for the Dow Jones Industrial Average today (Wednesday) gained 46 points on a heavy day of economic data ahead of Thanksgiving. Investors are keeping a close eye on domestic data, as these figures could provide clues on whether the U.S. Federal Reserve is prepared to raise interest rates in December.

Yesterday, the Dow Jones Industrial Average added 19 points on news of a stronger than expected third-quarter GDP report. The news offset consumer sentiment, which hit its lowest level in 14 months. The U.S. Commerce Department announced yesterday that the economy grew by a faster pace in the third quarter than previously expected. The third-quarter GDP revision showed an increase of a 2.1% annual pace, beating last month's estimate of 1.5%. Despite the positive gain, investors should be wary of the fact that inventory levels are accelerating.