Futures for the Dow Jones Industrial Average today (Monday) slipped 28 points ahead of today's big e-commerce shopping event "Cyber Monday." Investors will be watching shares of Amazon.com Inc. (Nasdaq: AMZN) as the nation's top e-commerce site takes center stage. Investors are also excited about news that the company has unveiled its most recent prototype of drones that it plans to deploy as part its Prime Air service. 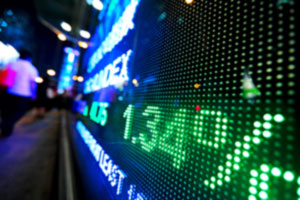 On Friday, the Dow Jones Industrial Average added 19 points in a short day of trading. Seven out of 10 major S&P sectors were on the rise Friday. The energy sector slipped 0.7%, while media and retail stocks slipped 0.4% on concerns about consumer spending. Shares of Target Corp. (NYSE: TGT) saw gains of more than 1% as the company cited "unprecedented" results through its online sales portal and said that it had large crowds during its Thanksgiving hours.