Today's election 2016 news focuses on both front-runners from the Republican and Democratic parties.

Here's what they're up to on the campaign trail, including their latest controversies:

Election 2016 News: Trump Stands by Claims - Republican presidential front-runner Donald Trump met with a group of 100 African-American pastors on Monday. Trump's campaign was criticized for saying that the pastors were initially endorsing the Republican candidate. On the day before the meeting, Trump's campaign canceled the news conference and said Trump would be holding a private meeting with the pastors instead. Many of the pastors at the meeting expressed an affinity for Trump, but there were no formal endorsements. One pastor was quoted saying "everybody in the room likes Donald Trump," The Hill reported. Trump continues to see massive numbers at his campaign rallies. A rally in Sarasota, Fla., last week boasted 12,000 attendees. A Monday rally in Macon, Ga., had several thousand people. Trump was criticized by the media last week for his supporters allegedly attacking a Black Lives Matter protestor during the Sarasota rally, despite Trump repeatedly telling the crowd to "be nice." Trump is also sticking behind his claims that thousands of Muslims in New Jersey celebrated the collapse of the World Trade Center. He continues to post supposed evidence to his Twitter account backing up his claims. 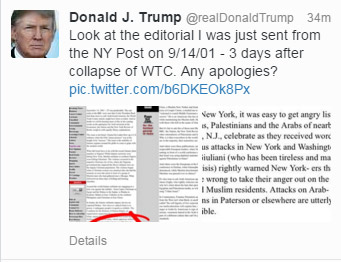 Election 2016 News: Clinton Announces Infrastructure Plan - Democratic presidential front-runner Hillary Clinton announced a $275 billion infrastructure spending plan on Monday, and she plans to focus on jobs and the economy through December, Politico reported. According to The Wall Street Journal, Clinton's 7,800 pages of emails released by the U.S. State Department show she kept a close watch on domestic politics, even as she traveled the globe and managed crises in her role as secretary of state. The emails detail Clinton's aides informing her about her public image and any competition she would have for election 2016. 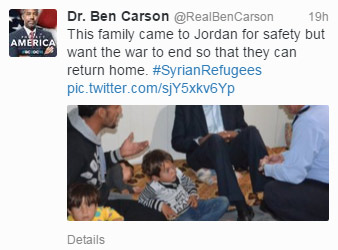 China Just Opened Your Next Window of Opportunity: By scrapping its one-child rule, China's created a massive investment opportunity. This policy reversal will drive an historic shift in production and consumption that will double the size of China's economy by 2035. The time to act is now. Here's how to align your money for maximum profit...