One class of investment is looking exceptionally cheap right now - trading at 82.7% of their net asset value and kicking off very high income of 10% to 17% at the same time. But in fact, the whole class is in trouble.

It's a group of companies known as Business Development Companies (BDCs). A BDC is a closed-end investment company that lends money to small and mid-sized companies. Due to their structure as closed-end funds that pay high dividends, BDCs are designed to appeal to retail investors. The problem is that investors often forget that high dividends come with a price - and that price is usually that the loans made by these companies are illiquid and high risk. And that means that when the economy weakens and the credit cycles turns for the worse, these companies tend to get into trouble. It happened in 2008-2009 and it is happening again now, as I'll show you in a moment.

But Congress just made the risk much worse...

To add insult to injury, the industry has lobbied Congress to enable them to take more risk while paying themselves higher fees. In November, Congress voted on legislation to raise the limit on how much money BDCs can borrow to enhance their returns. Further, BDCs will be allowed to charge management fees (which are already higher than most closed-end funds) on levered rather than unlevered assets. Finally, BDCs will be allowed to lend money to financial companies, which tend to be opaque and higher-risk than the more mundane nonfinancial businesses they were originally intended to serve. This legislation is reminiscent of the decision to allow investment banks to increase their leverage in 2004; within five years, half of them had borrowed themselves to smithereens!

Coming at the late stages of an epic credit cycle, this is classic pro-cyclical legislation that can only lead to trouble. 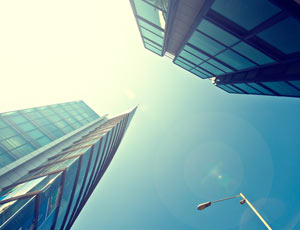 BDCs track the credit cycle, so it is not surprising that they are currently trading at depressed valuations like much of the high-yield bond market. Think of it this way. BDCs lend to small and mid-sized companies that for the most part would resemble the lower tiers of the high-yield market - companies rated B or below due to their small size and limited access to capital. This part of the high-yield market is in a shambles today. The average yield and spread on the CCC-rated part of the Barclays High Yield Index is 14.5% and 1,200 basis points, respectively. Part of the problem is poor credit quality, as many of these companies are generating insufficient cash flow to pay down their debt. Another part of the problem is that the market is very illiquid, as dealers have reduced their inventories by more than 70% since the financial crisis. Morgan Stanley's (NYSE: MS) announcement on Nov. 30 that it is planning to fire 25% of its global fixed-income staff (before Christmas no less, confirming the adage that "if you want a friend on Wall Street, get a dog") confirms the lousy state of the bond markets.

Again, according to a recent report by Keefe, Bruyette & Woods, BDCs are trading at just 82.7% of their net asset value (NAV). This is a significant discount that raises the question of whether they are undervalued or reflecting serious problems in their portfolios. Over the last 12 months, they have returns of -1.9% - which doesn't sound so bad until you realize that they pay a dividend of 9.8%, meaning they've lost more than 10% in price.