Futures for the Dow Jones Industrial Average today (Monday) were down nine points ahead of a busy week of economic data that includes an update on inflation, November retail sales, and consumer sentiment. These major economic data points will continue to provide insight into the FOMC meeting on Dec. 15-16. 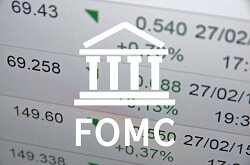 On Friday, the Dow Jones surged more than 369 points after a very positive jobs report and news that European Central Bank President Mario Draghi has taken a more dovish approach to monetary policy than his actions indicated on Thursday. The Dow pushed back into positive territory for the year on news that the U.S. economy added 211,000 jobs in November and the unemployment rate sat at 5%, signifying "full employment," according to the U.S. Federal Reserve.

The news paves the way for the U.S. central bank to hike interest rates later this month during its final FOMC meeting of the year. Here's why a rate hike looks like a done deal.