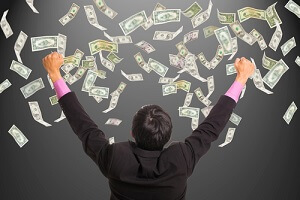 Most people don't know we just got a rare chance to celebrate victory against big banks. Break out the sparklers and cake – this isn't an opportunity you'll want to miss…

Last week, our nation's biggest banks lost a portion of an outrageous handout they've been garnishing from American taxpayers for the last 102 years.

This free handout is a ploy seldom covered by mainstream media – which, as we all know, is now generally loath to upset the powers that be.

It happened Tuesday, when Congress released a highway bill that uses surplus funds from the U.S. Federal Reserve to help pay for the legislation's $325 billion price tag.

These surplus funds will drain the source of this big-bank payout, known as Federal Reserve dividends…

What Are Federal Reserve Dividends?

Right now, roughly 38% of the 8,039 commercial banks in the United States are members of the Federal Reserve System. National banks must be members by law. State-chartered banks can join if they meet certain requirements.

These member banks are required to hold 3% of their capital as stock in their reserve banks.

Since its founding in 1913, the Fed has paid out a 6% dividend per year on the stock the banks buy to become members in the Federal Reserve System.

Federal Reserve dividends were originally an incentive to get banks onboard with the newfangled central bank idea.

Now it's just a 6% risk-free, tax-free gift from you, the taxpayer, to the Wall Street banks responsible for the 2008 financial crisis, among other offenses.

"Fed dividends are risk-free, free money given to Wall Street banks from the taxpayers, directly or indirectly," Money Morning Special Contributor and Wall Street Examiner publisher Lee Adler said on Dec. 3. "It's yet another example of the perverse incentives that the central bank has made a part of its policy. And the outcomes are perverse. The Fed is punishing America's savers and rewarding the big banks' often reckless, and sometimes criminal, behavior with risk-free income."

JPMorgan Chase & Co. (NYSE: JPM), which has held Fed stock since its inception, has made back its investment six times over without risking any loss, according to The Intercept.

Meanwhile, American taxpayers get CD rates under 1%. Nor will they ever enjoy a risk-free dividend of any amount.

"Any time the Federal Reserve pays private banks a subsidy, clearly it's outrageous," Adler said. "Any of the Fed's surplus – its profit – gets returned to the taxpayers. That reduces taxes. Now – divided among all taxpayers – the reduction wouldn't be much. But it's the principle of the thing. They've been handing it over to banks. Why should U.S. taxpayers be paying to reward banks? And to what end?"

While the new highway bill won't altogether do away with Federal Reserve dividends, it does slash them down from 6%…