I've spent the last few days here in Abu Dhabi, the oil capital of the United Arab Emirates (UAE), to keep you up-to-date on discussions between OPEC and Russia. These negotiations were aimed at coordinating a cutting of oil production, which would lead to a movement up in global crude prices.

Unfortunately, any anticipation about the meetings here in Abu Dhabi was effectively negated over the past few days by three unexpected factors.

And while the Persian Gulf has long been the center of the world's energy markets, these three factors were, surprisingly, dictated elsewhere... the first one somewhere you'd least expect it...

The Unexpected Agreement That Will Change Energy Markets - Slowly

The first factor was the unexpected eleventh-hour climate "accord" reached in Paris. The agreement does signal a turn away from fossil fuels, although its real impact is likely to be muted. It will take more than just group photo ops to phase in this agreement.

That will be difficult to do, because despite signing some protocols, several of the primary culprits at the global meeting remain constrained by energy needs to continue doing what they are doing now.

Even if nations do end up putting some muscle where their rhetoric is, it will take years to see any tangible result.

In short, after the euphoria dies down, there will be a commitment to change, but also years of ongoing business as usual left.

On the other hand, the second factor hit the meetings here like a cold shower.

No One Wants to Blink on the Price of Oil First

It turns out that both OPEC and the Kremlin are into a game of "oily chicken." Each is waiting for the other to blink first. Even then, the blink is going to require intense central decision-making to pare down oil production and engineer budget adjustments as a result.

After all, every OPEC member and Russia remain dependent on crude export revenue for most of the revenue necessary to fill the public coffers. Central budgetary planning across the board among producing countries is now in shambles because oil has retreated below $40 a barrel.

Only in the United States, where unconventional (i.e., shale and tight) oil extractions have transformed the outlook for oil generally, is the budgetary outlook different. Here, no state-owned oil sector exists with a direct line into the national budget.

True, problems are intensifying for privately held companies, with the impact of bankruptcies and shelved forward capital commitments weighing heavily. 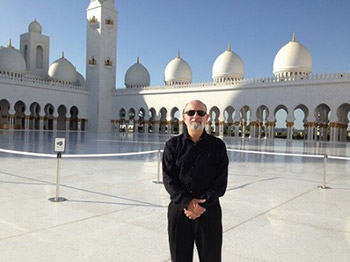 Still, unlike OPEC countries and to a lesser extent Russia, the American economy is highly diversified. Lower oil output reflected in reduced future project commitments and rising sector insolvencies do translate into lower tax proceeds (especially on the more local level) and rising unemployment, while broader company cost-cutting decisions have their own ripple effects, adversely impacting both revenue and economic development.

Yet the effect has been offset by strengths elsewhere - both in the economy as a whole and within the energy segment itself. This is something that simply cannot be duplicated in the Middle East or on the tundra of Western Siberia.

Unfortunately, the demeanor of meeting participants turned south when the third factor hit. This one came like a sandstorm, from about 600 miles to the southwest...

It's a known factor that countries all over the world can't go on doing their business without oil, and sad but true, it will obviously take another thousand years before fossile fuel is abandoned. But harsher anti-pollution laws will have to be put forward to prevent global warming, so commitments will be thought of, and applied in order to reach the under two degrees global warming policy signed in Paris. Hybrid vehicules will be the trend of the future, and even GM's Volt is now hybrid. So don't expect oil prices to remain that low. China's demand for oil is still rising at a fast pace, so one day not too far, we'll see oil prices go back up once again, and I predict not past July 2016. Wanna bet ?