Late in this week's congressional budget negotiations, a provision was introduced that will dramatically change the prospects of U.S. home production. It allows for the export of domestically produced crude oil.

The move may escape an earlier threat of a presidential veto because, unlike on the state level where some governors have a line-item veto power (which allows them to excise specific provisions without rejecting the whole legislative package), the president is limited to accepting or rejecting complete congressional bills.

The agreement also has broad-based bipartisan support and allows the president to reintroduce an oil export ban on national security grounds. That should soften objections to the deal.

Make no mistake, this is not simply some campaign-season political machination to score brownie points with some voters.

There are four very real reasons behind the end of the export ban. And some of them may surprise you... 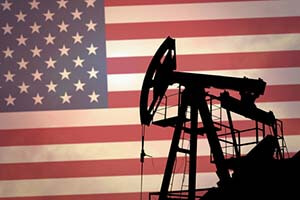 First and foremost, the policy no longer makes any sense. The United States will never again be subject to blackmail from OPEC or any other foreign producing cartel, and has the domestic largesse to determine oil balances inside its boundaries - a leverage that was not available in 1974 when the export ban was introduced.

Back then, in response to an Arab oil boycott, Congress passed the ban on exporting American oil. Later, concerns over being able to provide for the country's energy needs in the face of oil being used as a geopolitical weapon also resulted in the creation of a national Strategic Petroleum Reserve.

But boycotts on exporting oil to the United States will never happen again, especially in light of the ongoing worldwide oil glut and the necessity that producing nations sell product for badly needed (and diminishing per-barrel) revenue.

The advent of massive unconventional - shale and tight oil - reserves available domestically has likewise fundamentally altered the landscape. That means oil produced can be subject to the same market opportunities and forces as any other product.

And the domestic effects of lifting the oil ban made it hard to resist for Congress...

Americans Stand to Benefit from the End of the Export Ban

Second, there is the main economic reason for ending the practice. Preventing the export of American crude is costing some areas of the country significant employment and local tax-base losses. Jobs and revenue bases may be ready-made weapons in an election year, but this time they have a bona fide truth about them. Both sides of the aisle recognize this.

Third, the amount of known extractable reserves available in the United States would provide a guarantee that exports would not tangibly increase domestic retail oil product costs.

Americans, in other words, would not be penalized by companies moving some of the raw material abroad, and their local governments stand to benefit.

Lifting the Export Ban Takes the Fight to OPEC

Re: lifting the US oil export ban.

How will this impact the recent conversations concerning SDR's?