What happens if Trump runs as an independent?

Nothing good if you're a Republican.

That's according to a survey conducted by Public Policy Polling - a left-leaning firm that shared its results exclusively with Business Insider earlier today...

What Happens if Trump Runs as an Independent? Clinton Wins 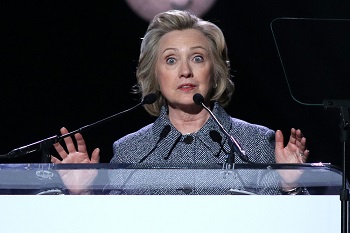 An independent candidate on the ballot would result in a landslide victory for Hillary Clinton, according to new a poll.

The poll found that, paired against fellow GOP rival Texas Sen. Ted Cruz of Texas, a Trump third-party run would garner 23% support. Cruz's support would register at about 26%.

Democratic front-runner Hillary Clinton, however, would wind up the ultimate winner in this scenario: she'd be reveling in a whopping 42% support.

Business Insider noted that it's not surprising Trump would outperform a candidate who does not draw support from the same type of conservative base.

PPP also found that Florida Sen. Marco Rubio would perform slightly better in another theoretical matchup: the young senator would have 27% support while Trump, as an independent, would garner 24%.

Again, however, this scenario would see Clinton leading with 41% support.

While Donald Trump has made repeated promises that he will not run as a third-party candidate should he fail to secure the GOP nomination, he's also reneged and reintroduced the possibility several times. PPP director Tom Jensen told Business Insider that the Republican Party should do their very best right now not to offend the bombastic billionaire. It could "kill their hopes," he warned.

This might explain why Sen. Ted Cruz has been so sweet to the real estate mogul, even as he's gained on Trump in the polls. According to a CBS News/YouGov poll released yesterday, Cruz is at 40% support in the state of Iowa, followed by Trump at 31%.