The end of the year is always an opportunity to take stock of what we achieved over the last 12 months and to make plans for the next year.

So first, a report card of sorts.

Since starting Sure Money in September, I've made a lot of predictions about markets, sectors, individual stocks… I don't get everything right, but I do my level best to make calls that are forward-looking, actionable, and accurate. (And I promise to continue to do my level best not to join the parade of idiots taking over this country, its government, its central bank, its mainstream media, and its educational institutions.) Today I want to take some time to review these market predictions before we chart the course for the new year.

Then get ready, because this week I'm releasing my full 2016 forecast for you:

First, here's how my 2015 predictions panned out. 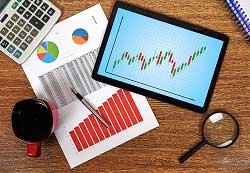 The very first prediction I shared with you was my January prediction for the year, first published in The Credit Strategist newsletter in December 2014: a 10% drop in 2015.

At the time I wrote it, I was unaware of any major strategist making a similar stock forecast. Strategists were almost unanimous in predicting further gains for the market. Barron's survey of top strategists produced a range of gains ranging from 5% to 17%, with not a single strategist calling for a decline.

In my Super Crash Report update on Sept. 8, 2015, I said, "We are likely see more volatility with a downward bias until there is more clarity on the Fed's intentions regarding interest rates." While the market recovered from its August low, it has been weak in December. Keep an eye out for my 2016 forecast.

Prediction No. 2: The U.S. dollar will get stronger.

The U.S. dollar index DXY was at 96.27 at the time, and I said it was likely to push through its next key resistance level of 98, which would rock the markets – putting pressure on oil and other commodities, U.S. corporate profits, and emerging markets.

DXY pushed above 98 in early November and has remained around there.

By this time, the energy market was crashing, and oil had just dropped below $45 a barrel for the first time in months. But I knew it wasn't over and predicted that it had another 50% to fall because of massive debt in the energy industry and the strength of the U.S. dollar.

I told you, "Believe me, there is going to be much more blood in the water."

I still believe the price of oil (WTI) is likely to dip into the $20s before the current cycle ends.

Prediction No. 4: Glencore could set off an AIG-style meltdown in commodities.