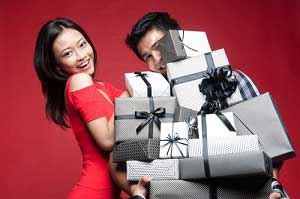 There are three main reasons why the Alibaba stock price has been able to recover.

And our 2016 Alibaba stock forecast shows that these three factors will push the BABA stock price higher in 2016...

The first reason we're bullish on Alibaba Group Holding Ltd. (NYSE: BABA) in 2016 is its recent string of acquisitions in the Chinese video market.

The one-year subscription service will cost $125.

Bona Film has a market valuation of $781 million and was a backer for "The Martian," according to The Wall Street Journal.

But Alibaba made its most aggressive move in November. Alibaba bought Chinese video site Youku Tudou Inc. (NYSE ADR: YOKU) for $3.6 billion. Youku has 580 million members and is known as the "Chinese YouTube."

The purchase of Youku allows Alibaba to promote its online retail site, services, and storefronts. Alibaba is now able to use Youku's well-known Chinese video bloggers to promote Alibaba's goods and services to their built-in audience.

Just from the June quarter this year, Youku reported $28.1 million in revenue from its paid video service, according to The Journal.

The aggressive acquisitions are impressive - but this next Alibaba revenue driver brings in even more money...

In 1993, a holiday for bachelors known as Singles' Day was believed to have originated from Nanjing University in China.

Singles' Day is a holiday for single people to celebrate and was a play on the numbers in the date (11/11). Participants would primarily hang out with other single individuals or go out on dates.

But Jack Ma and Alibaba were able to turn Singles' Day into a commercial holiday. The discount offers from retailers appeal to individuals who are single and in relationships.

Alibaba did not establish a presence for Singles' Day until 2009, when only 27 merchants participated in the holiday. Sales for Singles' Day in 2009 were roughly $100 million, according to Time.

But in just a few short years, Alibaba was seeing billions of dollars in gross merchandise volume (GMV) from China's Singles' Day.

And sales for Singles' Day are growing at an incredible rate...

In comparison, Cyber Monday sales in the United States for 2015 were $3.07 billion, according to CNBC.

Although the day is supposed to represent individuals who are single, marketer Sheng Li Digital reports that 60% of consumers who buy presents for Singles' Day are actually married.

Ma stated on CNBC that there are more active online shoppers on Alibaba than there are people in the United States, and Ma has a goal to serve two billion people all across the world.

Now for the third - and potentially most lucrative - factor behind Alibaba's profits in 2016...