2016 is starting out as a dangerous year.

Major events are unfolding in the Persian Gulf. The next phase in the region's conflict is now underway and is already impacting crude oil prices.

In past articles, I've labeled this next phase "Arab Spring II."

The first go-around, which emerged some three years ago, largely involved the unseating of leadership in some less stable regimes while allowing others essentially to buy off dissidence with more social programs and spending. However, the low price of oil has made the latter less likely this time around.

And even before the events of this past weekend, opposing forces now require more than bread and circuses paid for with oil revenue.

That's because the current conflict involves more incendiary ingredients - led by the one factor certain to intensify ill will and heighten the conflict...

A Sectarian War in the Middle East Draws Nearer 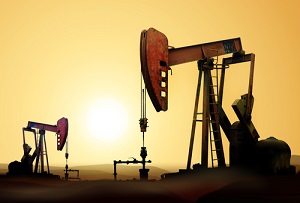 As I have noted over the past several months, this time the primary tinderbox issue will be far more divisive. The world is now watching the most dangerous element of all take center stage.

A full-blown Sunni versus Shiite confrontation is exploding.

This was the factor largely avoided by the region during the first Arab Spring. Not so today. And it threatens to bring the Persian Gulf into a nasty sectarian war, which in turn would put the world's oil supply at risk.

These two groups, Sunni and Shiite, comprise the main adversaries in determining religious leadership in Islam after the death of Mohammad. They also demarcate the two main current sects of Islam. While more than 80% of Muslims are Sunni, Shiites comprise the majority of the population in Iran, Iraq, and a few other countries (Bahrain and Azerbaijan especially).

This divide has created ongoing problems for centuries.

Iranian leaders since Ayatollah Khomeini (and the Revolution of 1979 that deposed the Iranian shah) have condemned Saudi Arabia. The Saudi leadership has expressed its hostility to both Iran and what it considered Shiite support of terrorism in the region and beyond.

The new Saudi King Salman is particularly hardline in opposition to Iran, and mutual animosity is returned by the Iranian Supreme Religious Leader Ayatollah Ali Khamenei.

That was the background to the explosion that occurred over the past two days...

Tensions Between Saudi Arabia and Iran Are Boiling Over

Late last week, Saudi Arabia executed 47 terrorists (by beheading them in a public square). One of them was the revered Shiite cleric Nimr al-Nimr.

Iran called for "divine vengeance," rioters sacked the Saudi Embassy in Iran's capital, Tehran, and besieged the Saudi consulate in Mashhad, Iran's second-largest city, in the far northeastern section, near the Afghan border.

Following strongly worded denunciations from Iranian leaders, Saudi Arabia upped the ante by suspending diplomatic relations. As I write this early on Monday morning, Saudi security forces have been put on highest alert and the elite Iranian Revolutionary Guard have vowed reprisals.

This is just the latest in an acrimonious situation that has featured both countries playing a game of surrogate chess - playing for high stakes using others as pawns.

Opposing sects are being supported in the civil wars in Syria and Yemen, contrasting positions are taken on Hezbollah in southern Lebanon, and counter-charges are being levelled that each nation has interfered in the internal affairs of the other.

The pot is now boiling over, with implications for global oil security...

Conflict in the Middle East Puts Oil at a Premium

As in most cases of unrest in a region accounting for the largest single component of the international oil market, the two main oil price benchmarks, Dated Brent and West Texas Intermediate (WTI), are affected differently.

Brent is the global benchmark set daily in London and is used more for establishing trading prices in futures contracts than any other standard. WTI is the equivalent established in New York.

When unrest strikes the Middle East, as is happening now, Brent is usually hit before WTI. This is because Europe is more sensitive to what occurs in the region, given its closer proximity and higher dependence upon oil from there.

We are now once again in the uncharted waters of what happens next and what the impact will be. Sources in the foreign ministries of both countries are saying they do not want war. But they have less control over the crowds in the streets when a religiously divisive episode hits.

After all, nobody intended World War I either, but nobody could stop the march of events.

After bringing together my resources and contacts involved, I have concluded that there are three matters to watch, any of which can fan the fires of conflict.

First, several indications have emerged that the Iranian Revolutionary Guard Navy will put additional pressure on the Strait of Hormuz, the narrow waterway between Iran on the one side and the United Arab Emirates (UAE) on the other. Saudi (and other) oil exports are dependent upon this narrow connection between the Persian Gulf and the Arabian Sea for access to international markets.

As it happens, I was standing on the UAE coastline of the Strait only a few weeks ago. You could easily see Iran and even make out traffic on the other side. It is less than a mile and a half wide.

While the Iranians do not have sufficient strength to close the Strait permanently, they can create some impediments to normal thoroughfare.

Second, Saudi Arabia has a restive population to contend with in its Eastern Province. This is both the source for most of the country's oil production and the location of the only Shiite majority in Saudi Arabia.

Riots broke out there Sunday after al-Nimr's execution. Riyadh is particularly sensitive about the province. When the 1979 Shiite uprising took place across the Gulf in Iran, this area in Saudi Arabia also erupted, requiring the government to put it down with force of arms.

That leads to the third, and in my judgment the most serious, cause likely to further inflame the situation...

Unrest in Saudi Arabia's Neighbor Threatens to Spill Over

This small country juts out into the Persian Gulf, connected to the Eastern Province of Saudi Arabia by a causeway. It has had ongoing civil unrest for some three years. My most recent trip there, scheduled for October, had to be canceled when the U.S. Department of State could not guarantee my security.

Bahrain has a Sunni minority royal family, the House of Khalifa, which controls all of its government and rules with an iron fist. The population, on the other hand, is overwhelmingly Shiite. This provides the main kindling to engulf the entire region.

Yesterday, riots occurred outside the capital of Manama. Iran has long been supporting the domestic insurgency against the ruling House of Khalifa.

Saudi Arabia has also been active. When the last round of unrest hit there, the Saudis quickly moved their forces and police over the causeway and took over security in Manama.

Under no circumstances will Saudi Arabia allow unrest in Bahrain to leech into the Shiite population in the Eastern Province.

Such focused unrest, with an unknown next chapter, is merely the latest indication that geopolitical events are having a potential impact on oil supplies, with a rather immediate impact on prices.

Opportunities Abound in the New Energy Balance: Recent developments on both sides of the Irish Sea are a reminder that the transition to greater reliance on renewables comes with short-term problems. But these developments also point to what the emerging energy mix will look like - and what that means for energy investing...

The Iranian missiles fired earlier in the week. Test? Accident of timing? Attempt to intimidate traffic wothout actually starting a shooting war? Or something else?

The Arabs conquered Iran and forcefully converted the people to Islam, very similar to what ISIS is doing to the minorities in Iraq and Syria. The Shia sect of Islam was created by the people forced into Islam to separate them from the invading Arabs.

Therefore this animosity has roots that have centuries of history.
The Saudis have lacked the vision to win the hearts and minds of their own people. Money cannot buy love and respect and money will run out at these low oil prices.
Then what?
Standby and watch.