There are still a lot of investors who do not consider investing in pot stocks when building their portfolios. But that will change. 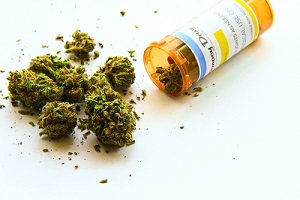 Analysts from The ArcView Group, a cannabis industry research firm, found the U.S. market for legal cannabis grew 74% in 2014 to $2.7 billion, up from $1.5 billion in 2013. That makes legal marijuana the fastest-growing industry in the United States, according to ArcView.

Why the sudden acceptance for marijuana? As always, it's about the money. Marijuana is a profitable industry. And governments love anything they can tax.

For 2014, Washington and Colorado – two of the first states to legalize medicinal marijuana – each collected around $70 million in tax revenue, CNN and Time Magazine reported. The states' tax revenue gives investors a snapshot about how much profit marijuana can capture for local governments.

According to the research firm GreenWave Advisors, the U.S. marijuana market could be worth $35 billion by 2020 if it's legalized federally. That's over twice as big as the current annual revenue of the National Football League at $10 billion, The Washington Post reported.

But while the industry is growing, that doesn't mean all pot stocks are good investments – yet.

There are some high-quality pot companies right now, but most of them are private. They're only accessible to venture capitalist investors who have close relationships with these companies. Eventually we anticipate many of these companies will go public.

Until then, Money Morning is cautious about most pot stocks…with this one exception…

Are Any Pot Stocks Good Investments for 2016?

It's best to wait to invest in pot stocks until marijuana is legalized at the federal level or downgraded to a schedule 2 or 3 substance. Once the federal government accepts the revenue-generating potential of marijuana, then investors will know it's time to jump in.

The problem with investing in pot stocks right now is many public pot companies are scams that use shady marketing tactics.

"The market for cannabis products is still taking off," said Money Morning Defense & Tech Specialist Michael A. Robinson. "But as in any other sector, not all stocks will be winners."

In 2014, the Securities and Exchange Commission temporarily suspended trading for some of these companies for falsely promoting their products and promising high returns. The SEC also nailed others for market manipulation and unlawful sales of securities.

Here is a list of marijuana companies the SEC has issued warnings for so far:

As the pot industry expands, there may be an even greater risk of scam activity. Investors should only invest in pot stocks that have no history of SEC violations.

The Best Pot Stock to Invest in Today

GW Pharmaceuticals is a biopharmaceutical company that uses marijuana cannabinoids in many of its drugs to combat various ailments.

The company has discovered more than 65 cannabinoid compounds that treat life-threatening diseases. Its most popular medicine, Sativex, is used to treat multiple sclerosis-related symptoms and cancer pain.

Robinson recommended GW Pharmaceuticals in March 2014. GWPH went on to gain 15% by the end of the year. Currently, the stock is near its 52-week low after it posted lackluster results from one of its phase 2 trials back in September. That being said, it's still a worthy pot stock to consider. GW Pharmaceuticals has many successful products, like Sativex, that will continue to create value for its investors.

"GW Pharmaceuticals is a winner for the long haul," Robinson said.

The Bottom Line: The pot stock industry is still in its infancy, so there aren't many stable investment opportunities right now. It's best for investors to wait until marijuana is legalized at the federal level. As more states push for legalization, this could happen sooner than you think. Be on the lookout for changes in the marijuana industry at the federal level in the next five to 10 years. For now, collect pot stock profits with GW Pharmaceuticals.

Looking into the weed biz! Any Ideas?

what do you think about MCOA stock?

What would you suggest as the best 2?

OK so how do I invest in GW Pharmaceuticals?

Might also want to look at HEMP as a possible contender.

I Know you are right about Cannabis….I was coughing & spitting up blood with a lung problem & started taking this product (miracle cannabis oil) all STOPPED!

show me the the research in profit margin on marijuana and other safe investments.

what are your thoughts on TRTC?

How can I find out where I could invest in Pot Stock ?

The only meds that help me. The lessor of the 2 evils of Medss.. Pain pills being the worse. on anyone that takes them

What pot stocks are the best to invest in?

Aphria is up 68% and Metrum Health up 50% since Feb of this year. Ive got both and they look good. Canadian companies and poised to grow wildly whether local US increases its position on Pot or not..and if they do….the demand will exceed the supply and the Canadian companies already established will fill in the voids…which will mean great news for these two

Like to know which and when to buy and how much is the stock going for.

WERE DO I SING UP AND HOW MUCH DOES IT COST ?

I would like to invest in pot stocks….how much to start and where do I sign up?

how can i buy stock and what is the minimum

Very glad to have found your page and info! I will be an eager learner.

What are some great stocks to buy?

I think Cbis, hemp and Mjna are due to takeoff.

Looking forward to investigating this idea and investment.

can I use bitcoin to invest?

I am a virgin when it comes to investment, but this sounds promising

Thanks for this great information

Thanks for the information! Newby to Market, interesting to learn about Marijuana and Penny Stocks.

Yes, interesting to learn about Marijuana and Penny Stocks.

id like to buy stock in a cannabus stock ,,plus id like to start my own growing farm to sell to government for research ,,,,,where do I start an sell to a medical center for research

Can't wait for additional information regarding this new, infantile industry which has to be poised for rapid growth.

Where there is Smoke,there is FIRE…….nothing smokes more than POT..!!!

I am high on Pot Stocks…